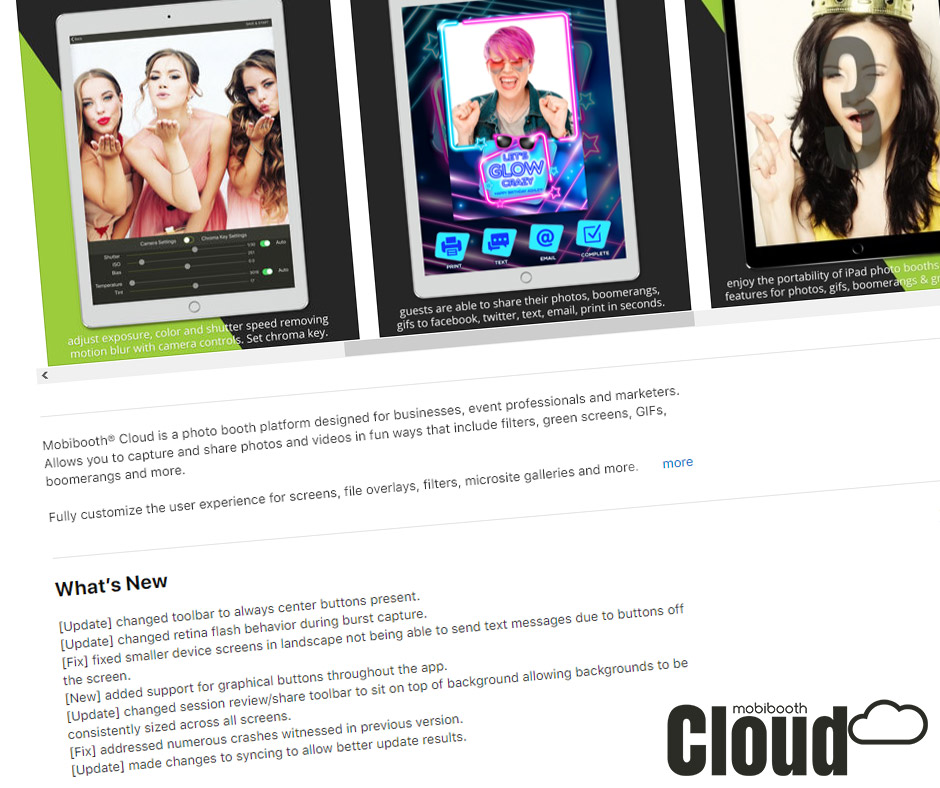 The latest version of Mobibooth Cloud™ for iOS was published to the Apple App Store today. This minor release has a number of fixes in it with some forward looking features that should soon be fully available.

[New] added support for graphical buttons throughout the app.

[Update] changed session review/share toolbar to sit on top of background allowing backgrounds to be consistently sized across all screens.

[Update] made changes to syncing to allow better update results.

[Fix] fixed smaller device screens in landscape not being able to send text messages due to buttons off the screen.

What you can read next